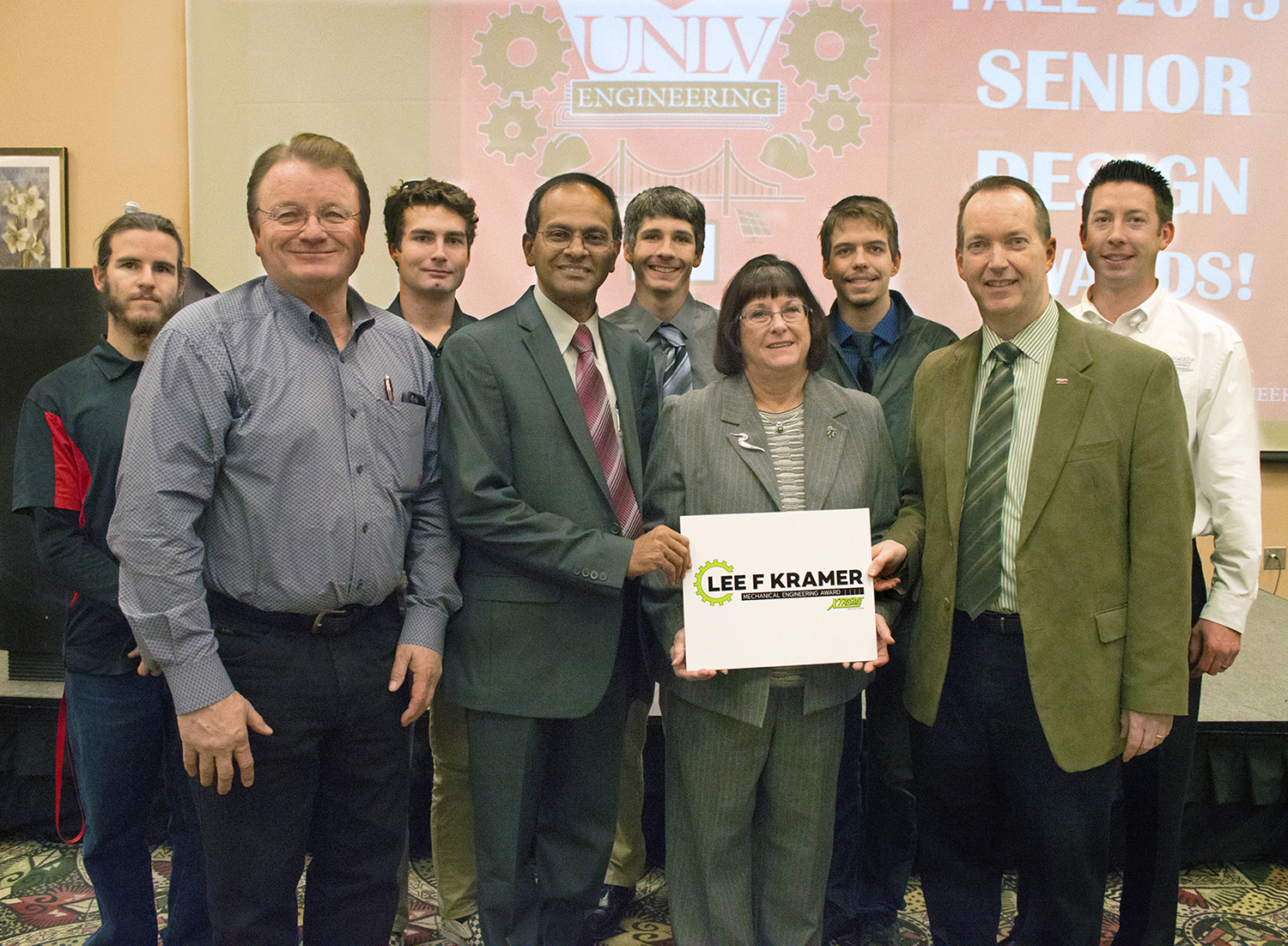 The UNLV Howard R. Hughes College of Engineering, department of mechanical engineering has announced the establishment of the Lee F. Kramer Mechanical Engineering Award through a dedicated endowment with the UNLV Foundation.

The initial fund, started by a $32,000 gift, was contributed by the family and friends of Lee F. Kramer as well as vendors and customers of Las Vegas-based Xtreme Manufacturing. The annual award will support students majoring in mechanical engineering for purposes of scholarships and student research design projects.

“We are honored to be the recipient of this gift,” said Rama Venkat, dean of the College of Engineering. “The award reflects Lee’s interest in student design research and is the first of its kind for the department of mechanical engineering.”

The first award will support students in the SAE International Baja Collegiate Competition, a contest that requires students to design and build an off-road vehicle that will endure through tough terrain. UNLV students have had much success in this competition in recent years. SAE International is a global engineering association.

Kramer was a program advisor to the College of Engineering and served as a judge for the department of mechanical engineering in the annual Fred and Harriet Cox Senior Design Competition. He played an integral role in the development of the Las Vegas-based Xtreme Manufacturing business, which produces a range of rough terrain telehandlers and modular building structures, serving as president before he passed away on January 2015, aged 67.

Kramer was born in Waukegan, Ilinois and graduated from University of Illinois in 1970, with a Bachelor of Science degree in mechanical engineering. He earned a Master’s in Business Administration from Lake Forest School of Management in 1983. In 2003, Lee joined forces with Don Ahern to develop the Fresno Engineering Design Group and later the creation of Xtreme Manufacturing, where he served as VP of Engineering. He is survived by his wife of 34 years, Joan Kramer, daughter Jordan and son Justin and wife Kat.

The award was announced at the UNLV Senior Design Awards ceremony that took place on at the University on Friday, December 12th 2015.

The Kramer endowed can receive additional contributions. Those wishing to donate to the Lee F. Kramer Mechanical Engineering Award can visit www.unlv.edu/foundation.

« Previous post
Xtreme to Exhibit at Inaugural ConExpo Latin America
Next post »
In the News: Xtreme Manufacturing Lends a Helping Hand to Masonry Contractor
Share this: